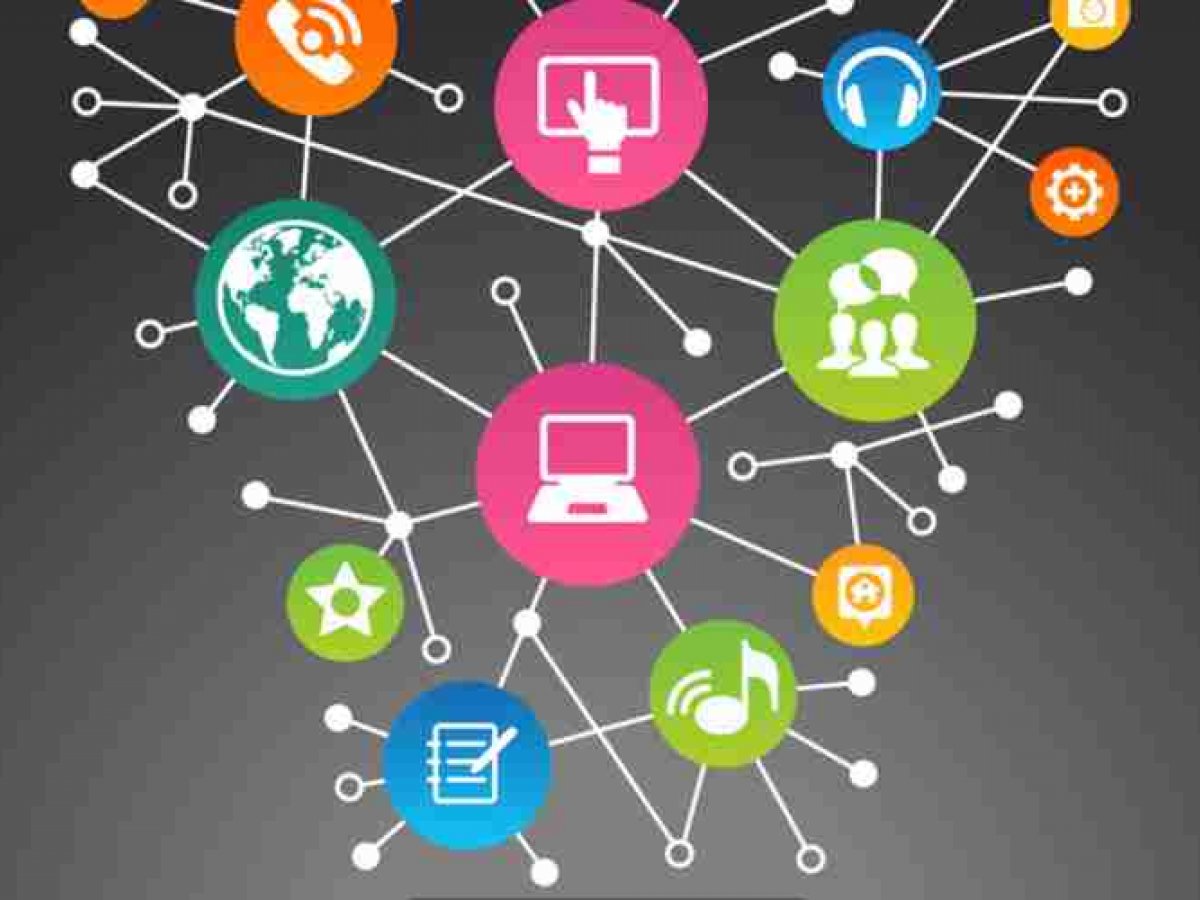 Who Are the World’s Most Innovative Companies? It Depends on Who You Ask.
By GInI
0 comments

Ask most folks to tick off their list of who they think are the world’s most innovative companies, and you’re likely to get something along these lines… Apple, Google, Amazon, Nike, GE, and so on.   All are high verve, well known brands.   But these are subjective perceptions based purely on top–of–mind recall and lasting impressions… a sort of popularity contest if you will.   Not that such impressions aren’t important… they’re very important for the purposes of brand equity, but is brand equity an indicator of innovativeness?

In fact, there are several institutions who now attempt to make a list of the world’s most innovative companies.   We at Legacy Innovation Group have cross-referenced four of the most important of these — those from Fast Company, the Boston Consulting Group (BCG), Forbes, and Thomson Innovation.   The first two of these take a somewhat subjective look at the subject.   The latter two attempt to take a completely objective look at it.

Fast Company uses their own (undisclosed) methodology to come up with a list of what are probably the companies most changing the world at any given time.   They get this list (which we like).   BCG attempts to capture perceptionsfrom inside of industry by surveying company executives about how they perceive their own companies and who they perceive to be the most innovative companies.   From this survey, they get this list of perceptions.

By contrast, Forbes and Thomson attempt to take an entirely objective look at who are the most innovative companies in the world.   The problem, however, is that even when they attempt to be objective, they still get very different answers.   Ask Forbes who they think are the 100 most innovative companies in the world, and you’ll get this list.   Ask Thomson Innovation this exact same question, and you’ll get this list.   Now, compare these two lists.   What you’ll notice if you look close enough is that not a single company shows up on both lists!   We have 200 companies here, and all 200 are, indeed, very innovative in their own right, but not a single one is considered to be amongst the most innovative companies by both of these parties.

So why the disagreement?   Why do Fast Company, BCG, Forbes, and Thomson all come up with different answers?   It happens because all these parties have taken different views of how to define what “innovation” is.   In the case of Forbes, they’re using a methodology called theInnovation Premium developed by Jeff Dyer and Hal Gregersen, authors of The Innovator’s DNA .   The Innovation Premium is based on financial investment figures… literally the difference between the company’s market capitalization and a net present value of cash flows from existing businesses, the difference between these being the bonus given by equity investors on the educated hunch that the company will continue to come up with profitable new growth (thus the premium gets built into their stock price).   This method is, admittedly, very speculative and has not born a correlation to subsequent investor returns.   The price of entry here is seven years of public financial data and a minimum market cap of $10B, with industries excluded that have no major investments in R&D (omitting most service–oriented industries and commodity–based industries like energy and mining).   In the case of Thomson Innovation, their methodology is based purely on Intellectual Property activity.   More specifically, their algorithm looks at the volume of “innovation patents” a company is generating, their level of success in getting these granted, their reach globally to the patent agencies of different countries (the theory being that the more valuable a company considers an invention, the more broadly it will try to protect it), and the influence of their patent portfolio as indicated by its being referenced in other patent applications.   In other words… not only is the quantity   (size) of the patent portfolio important, the quality   of the portfolio is also important.   The price of entry here is 100 or more innovation patents from the most recent five years.   So both Forbes and Thomson have highly technical algorithms with undoubtedly some incredible level of precision behind them, but because they’re looking at two very different things, they arrive at two very different answers.   This dichotomy reflects a very real “shades of grey” problem the innovation industry has… how to define innovation effectiveness.   In this case, one party is asking the investors and the other is asking the engineers, and those are simply two very different views of the innovation world, neither necessarily right nor wrong, just different.   Likewise, BCG is asking business executives and Fast Company is asking consumers (and to a lesser degree, marketers).   They’re all going to get different answers.

By the same token, we can suppose that if we were to ask the folks at CB Insights about their list of the 100 most innovative companies in the world (they haven’t posted one yet), we would likely get yet a very different answer, since what they are looking at is activity in the startup, angel investing, and venture capital worlds.   Certainly their set of “rose colored glasses” would be different yet from any of these others.

This leaves us hanging and wondering… whose list is right?   Which set of lenses should we wear?   This is a widespread and universal problem… that of trying to measure “innovativeness” and “innovation effectiveness”.   Many have taken a stab at it.   In the whitepaper “Innovation Metrics: Measurement to Insight” prepared for the U.S. National Innovation Initiative (now somewhat dated), Egils Milbergs and Nicholas Vonortas lay out “first generation” indicators, which were primarily about innovation inputs, “second generation” indicators, which were about intermediate outputs, “third generation” indicators, which were based on the quantitative study of publicly available benchmarking data, and “fourth generation” indicators, which recognized the value of intangible contributors such as knowledge holdings, business networks, and innovation ecosystems that foster and support innovation.   They point out that as we move from first to fourth generation indicators, we move further away from an industrial economy viewpoint and more toward a knowledge economy viewpoint.   In their system, patent activity was considered a second generation indicator… not something to be relied upon as a good indicator of real innovation.   And they were right… patent activity itself is an antiquated method that should be ignored.   However patent activity and patent portfolio valuation are two very different things, though both deal with one’s intellectual property (portfolio valuation would fall under Milbergs’ and Vonortas’ fourth generation indicators).   This is precisely why Thomson Innovation attempts to characterize the quality   of the patent portfolio; they use its quality as a surrogate for its potential   valuation.   There continues to be strong sentiment around this, with a growing awareness of the real financial value that intangible assets such as IP holdings have.   In an incredibly excellent survey of the world of innovation entitled “What Innovation Is” (2005), Howard Smith, Chief Technology Officer in CSC’s European Group, pointed out that at that time pharmaceutical giant Pfizer had a market cap of $270 billion while holding only $20 billion worth of tangible assets like machinery, land, and buildings, the difference being made up by the intangible assets it held in the form of drug patents behind such market leading drugs as Zoloft, Zyrtec, and Norvasc.   The same is true too of most software firms… their intellectual property assets (including informal tribal knowledge) are a major constituent of their total valuation; their real property assets account for very little of it.   This being the case, one might expect a correlation between the Forbes and Thomson models, such that the lack of a correlation must lead us to believe that investor sentiment is tied more to anticipated future market activity (i.e. real product commercialization) than to the IP underpinning it, or that Thomson’s early assessment of portfolioquality   does not always mature into actual portfolio valuation .   I will leave that for the investor analysts to debate.

Ultimately, innovation effectiveness has to measure actual, real value delivered to the marketplace (customers) and the innovation–based growth that happens inside of companies as a result of that.   By this standard, both of these objective attempts are in fact poor surrogates.   Companies that generate a substantial volume of intellectual property, even high quality intellectual property, but fail to convert this into tangible commercial products and services cannot be called truly effective innovators (though they could be called great inventors).   Likewise, investors jacking up the valuation of a company because they feel warm and fuzzy about it is a highly speculative undertaking and is based on the whims of a group of people who are potentially operating under a herd mentality.   I’m certain that in 1999 many investors thought Enron was an incredibly innovative company and its valuation was affected by that sentiment.   But was that valuation real, and did that sentiment really make it innovative?   In that same year, just before the bubble burst, the same could be said about many of the young dot com companies.   So why then do Forbes and Thomson use the metrics that they do (aside from selling ads or research reports)?   The reason is mostly because the information they are based on is publicly available information and is market agnostic, meaning it can be applied across all industry sectors, allowing for the direct comparison between companies across nearly every industry and market.   But neither is a direct   measure of innovation effectiveness; both are indirect   measures.   A direct, objective measure of innovation effectiveness that is publicly available does not exist — yet.

Direct measures do exist inside of companies however (where they tend to remain locked up) and have been in widespread use for many years now.   Here, companies track metrics that are direct measures of accelerated value delivery ,  and tend to be analyzed at a high level of granularity — market by market, category by category, and product by product.   Among others, these includes measures such as:

While these metrics can be very insightful, they have two major shortcomings.   First, they are typically only reported internally within companies and are not available externally.   Second, there is not a universally accepted method for quantifying them consistently across companies (I have seen wide variation over the years).   This makes it impossible to compile such information into a form that can be used to compare companies to one another, leaving us empty–handed and forced to work with what is publicly available, as Forbes and Thomson have attempted to do.

I propose that the solution to this dilemma is for industry to come together and define a uniform set of metrics for innovation effectiveness (or innovation-based business growth) that can be applied — and reported — consistently across every company in every industry and every market, including those omitted by both Forbes and Thomson (e.g. an energy company that leverages trade secrets to deliver substantially greater value to the market than any other energy company, winning substantial market share and revenues as a result).   I would give these metrics a formal–sounding name such as the Universal Measures of Value Delivery Acceleration   (UMVDA), so that politicians, economists, academicians, and investors would find them compelling and encourage businesses to use them (the rest of us can just call them “innovativeness”).   These measures would reflect the new value that markets perceive they are receiving from companies, as voted for in their spending dollars.

With such a tool in hand, companies who wish to be thought of as leading innovators could then compile their numbers and report them alongside their other statistics, such as those dealing with corporate responsibility and sustainability.   These measures — representing the true capitalization of accelerated value delivery — could then be used as the basis for a fair and objective apples–to–apples comparison between all companies.   Then the world would know who its 100 most innovative companies really are.